Wow, 2013 is about to be over!  Although we seem to say it every late-December, I have to say "Didn't this year go by ever so quick!"  It wasn't the fastest but, looking back on it, it does seem strange to be starting another year already. Leave it in the wake (taken with Samsung Galaxy S3)

I have to admit 2013 wasn't one of the best years I've had.  It was probably my second worst year at work, mostly due to the fact that we went from having one of the best work groups I've ever been part of  to being chopped up and scattered around, seemingly with no ryhme or reason.  On top of that, this year I tried to tackle some issues that come and go but which put up a pretty good battle with me when they want (I won some battles but the war continues).  In the end though, I'm grateful for many things from this past year, not the least of which is having had the chance to spend time again with family, friends and loved ones.  I wish I could have done more of that but circumstances don't always make it possible.  Anyway, I'm definitely not taking the "woe is me" approach to the things that didn't go well and will do what I can to make 2014 that much better. 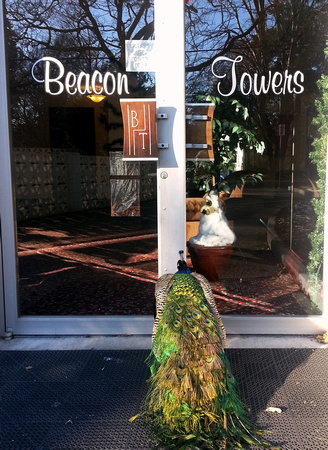 So, as 2014 comes a-knocking, toss overboard any troubles and grief from 2013 and leave them in your wake!  Look forward to where the roads, seas and skies can take you in the year ahead..and enjoy life!  Mostly though, make the time to enjoy the company of friends and family - and who knows who may come visiting at your door!!