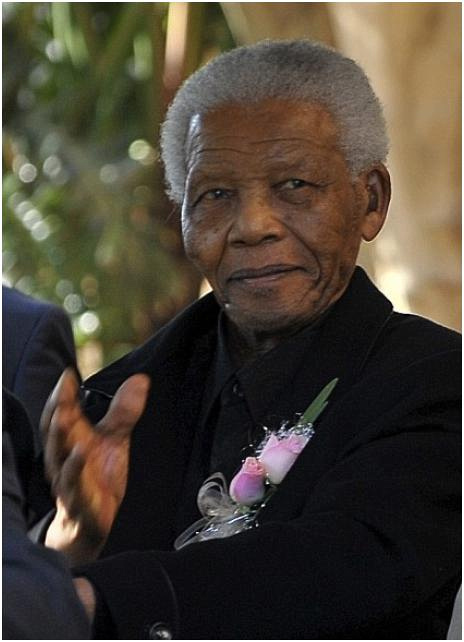 This isn't the way I wanted to start a blog on my photography website - but it seems maybe I was meant to start it today given the sad news late yesterday.

Nelson Mandela - Madiba - was a man who I admired so very much, and his passing yesterday did come as a shock, even though he had lived such a long hard life.  Using the word "man" to describe him almost seems worng.  There are only a few people who I've considered as unique gifts to our human race -- Lincoln, Gandhi, ML King, Mother Tersea, and Nelson Mandela.

Yes, the ANC he was part of was involved in some violence in the early stages of the struggle against apartheid, but those early days required this resistance before the seeds of change could be sown.  Twenty-seven years in prison is something we can't even imagine.  Yet Madiba kept his spirit and drive alive and was not broken to despair.  His eventual release and the long-awaited end to the cruelty of apartheid was just the start of the miracle he gave not only to his country and people but also the rest of the world.  At a time when most expected tremendous bloodshed and violence, Madiba showed that it is possible to follow a path of forgiveness and reconciliation to reach the goal of peace and harmony among people.

Let's hope this message and the spirit of this man lives among not only world leaders but all of us for a long, long time.  RIP Madiba.